How LeBron Can Become The Undisputed Goat In NBA History

There have been debates for years about who will be the greatest player in NBA history when it’s all said and done.  But the hoops community can agree that there are only two players that qualify for this argument.  Black Jesus and King James; Michael Jordan and LeBron James respectively (no Kanye West pun intended, but check out his latest album).  While James is widely considered the King of the NBA, he doesn’t have much of a case for dethroning MJ at the top of the Goat Chart.  But since the release of ESPN’s ‘The Last Dance’, it seems as though some of the arguments that once held Jordan atop the leader boards are the same arguments that can now be held against him.

Many old hoops enthusiasts are often caught touting MJ for never going to a Game 7, while going 6 for 6 in the Finals.  Although this is very true and greatly contributes to the winning legacy of Michael Jordan, there were many instances within the Jordan documentary where we can see some deficiencies.  The missed shots, shady leadership style, and tremendous help from teammates, coaches and the NBA itself.  At any rate, let’s take a look into some ideas on how LeBron could eventually overtake the coveted #1 spot.

Including this current season, Mr. James has three years left on his contract with the Lakers.  If LeBron wins at least two more rings with the Lakers, he will drastically boost his case for becoming the goat.  Moreover, three more rings would then put him at six and would match the amount of rings that Michael Jordan was able to accumulate.

Much of the MJ for greatest of all time argument stems from his six championship rings and perfect Finals record.  Although The King won’t be able to match Jordan’s Finals record, there’s still a chance that he (LeBron) can achieve what MJ was able to achieve in the rings department.

Side note: It’d be best for LeBron to win two more rings in L.A. and an additional ring somewhere else, maybe Cleveland or Miami. 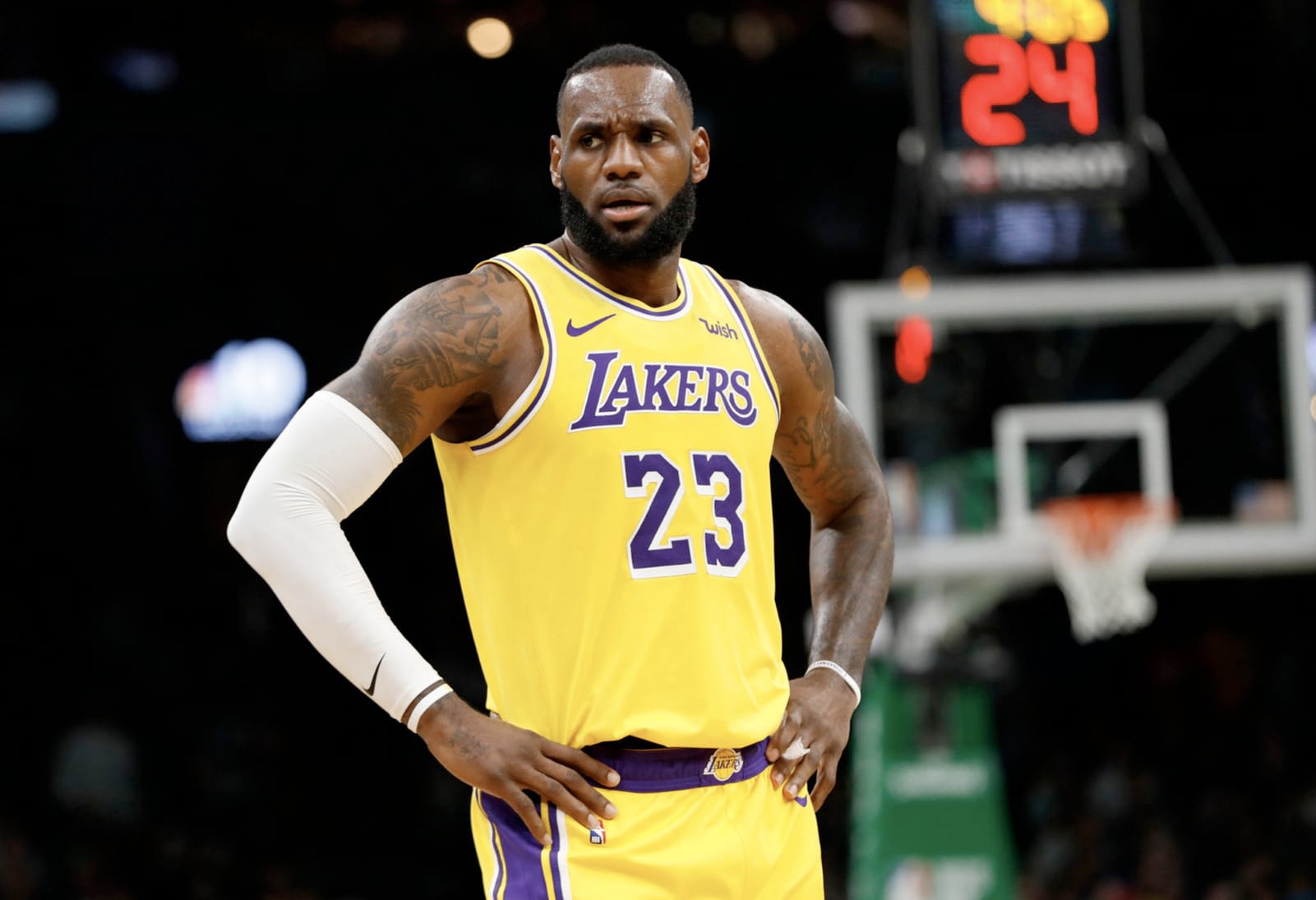 LeBron Overtakes the Top Spot on the All-Time Scoring List

LeBron James is a clean 4,300 points away from claiming his place as the All-Time leading scorer in NBA history.  He’s spent so much time and energy into getting to this point, all the way from being drafted straight out of high school to investing millions into his body and conditioning to give his career as much longevity as humanly possible.

Even without the pressure of overtaking Michael Jordan, becoming the All-Time leader is a noteworthy feat within itself.  While LeBron James continues on the prowl for more rings, going deep into the playoffs will surely help in his quest for the scoring record.  More global pandemics probably will probably hurt.

A Combination of the Two

Here’s what LeBron would have to do if he’s not able to completely accomplish those two aforementioned goals:

While most hoops fans’ minds are now set on MJ being the GOAT after ‘The Last Dance’, some vulnerabilities were in fact introduced that I feel can be exploited by none other than LeBron James.  Let’s continue to enjoy the history that’s in the making and see how this all plays out over the next couple years.