The 2019-2020 NBA Restart officially started 8 days ago.  Things are going just as planned.  Even if the product was sub-par, I’m sure us hoops fans would be happy either way.  But our favorite league has already over delivered in its season’s resurgence.  Let’s take a look at five shocking details that we’ve noticed during the NBA Restart so far. 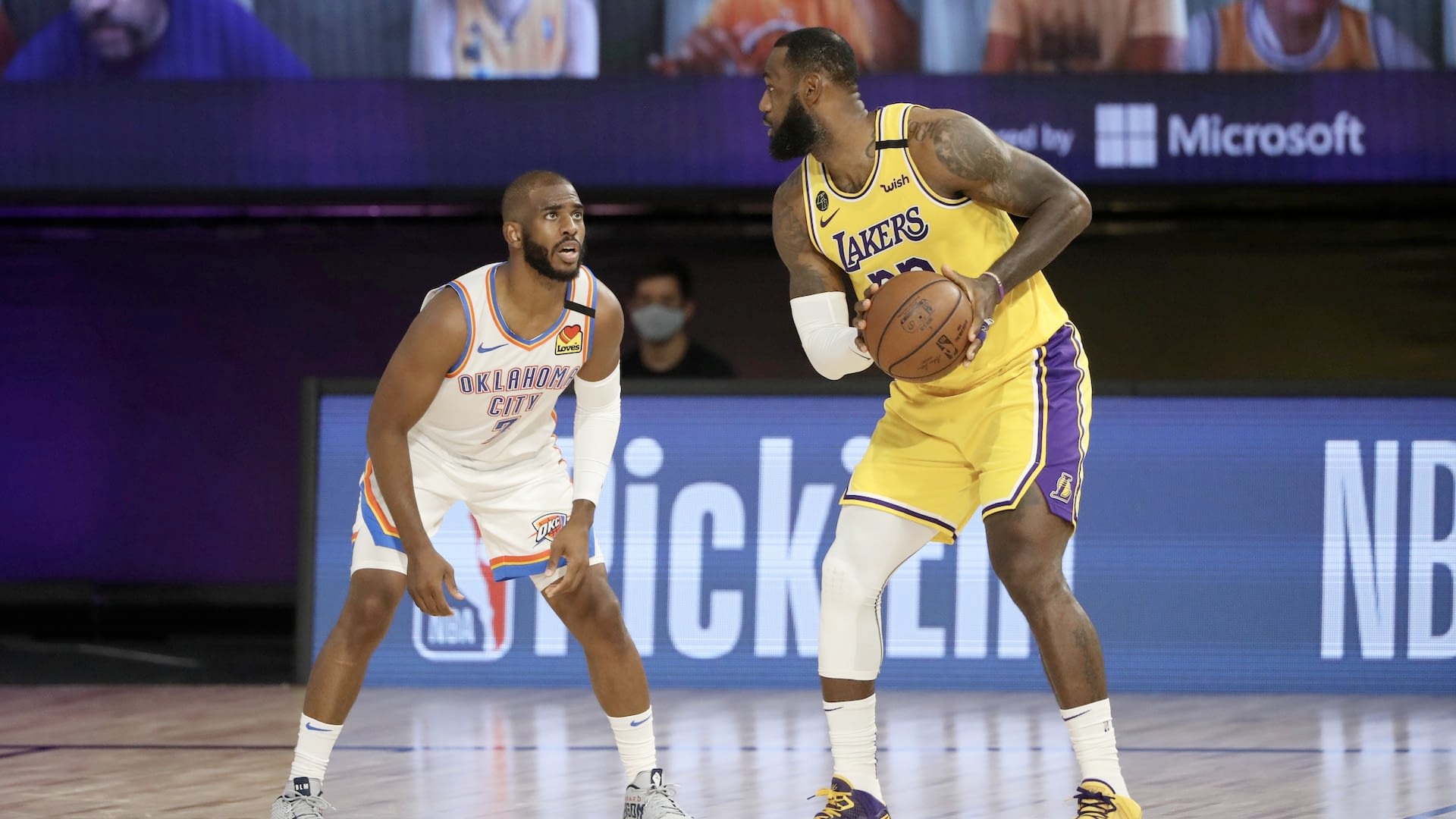 Although the L.A. Lakers have clinched the number one seed in the West, the team seems to be struggling to get things right.  Rajon Rondo‘s thumb injury is looking just a little more noteworthy than we first thought.  Of course, the Lakers have LeBron James to lean on to control the game.  But it’d also help to have another experienced ball handler to help lead the troops.

An early loss to the Toronto Raptors left the basketball world thinking.  We were able to see the Lakers at full capacity against a comparable foe.  It took some incredible heroics from Kyle Lowry in order for Toronto to come out ahead, but they did so comfortably (15 points).  It’s uncertain whether James and Frank Vogel are losing their influence in the bubble, or just taking it easy until playoffs.  The City of Angels’ favorite hoops squad is now 2-3 in the bubble.

You read that correctly.  The NBA is reporting no new cases of COVID-19 since moving players to the bubble.  I think its safe to say that Adam Silver has a cure for coronavirus.  This is a massive feat for the NBA, as just a few short weeks ago COVID-19 drew massive concerns for the league’s return.

With daily temperature checks, testing, and social distancing protocols, it seems as though the NBA is doing all of the right things.  Lou Williams, Eric Bledsoe, and Zion Williamson are just a few players that were required to quarantine themselves before returning to play.  As you can see, the league isn’t playing games with the protocol; even with these big-name contributors.

While recording results like these, maybe NBA bubble planners should be in charge of more than just basketball. 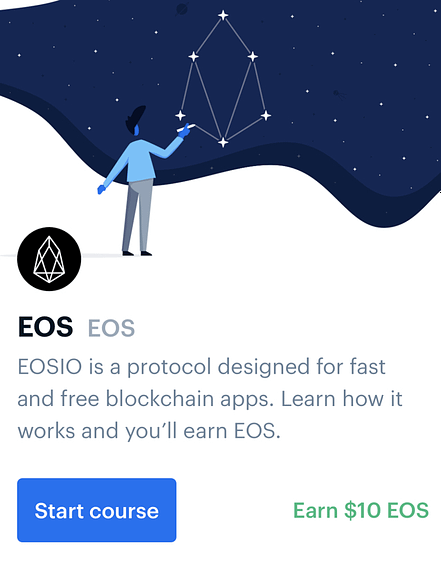 The Pacers’ forward has been absolutely spectacular in the Restart thus far.  Warren has been on a tear, kicking things off with a 53 point outing against Philadelphia.  While in the bubble, he’s averaged 33.8 points; which is a big step up from the 19.7 points he’s averaged throughout the season.  There’s really no telling what could’ve sparked the huge increase in production.  Quarantine has given us all more than enough time to reflect, possibly a mindset shift was all it took for the 26 year old forward.

Look for Warren to continue to be aggressive while shooting the three ball and attacking the basket.  Indiana’s playoff position right now has them facing off against the Miami Heat in the first round. It’s safe to say they’ll need as much of T.J. Warren as they can get if they want to avoid the Boston Celtics.

The Suns and Raptors are the only undefeated teams left in the bubble, which is extremely shocking.  Phoenix seems to be getting the job done by committee; using teamwork to get the job done.  Devin Booker’s buzzer beater against the L.A. Clippers and a 21-0 run against the Pacers have been the highlights of this team so far.

Monty Williams‘ squad is still 2 games behind Memphis and 1.5 games behind Portland.  They’ll need to keep this play up if they want to sneak into the Western conference playoffs.  Their remaining seeding games include the Heat, Thunder, Sixers, and Mavs.  The road to a Suns playoff berth seems unlikely, but anything seems to be possible for this team right now. 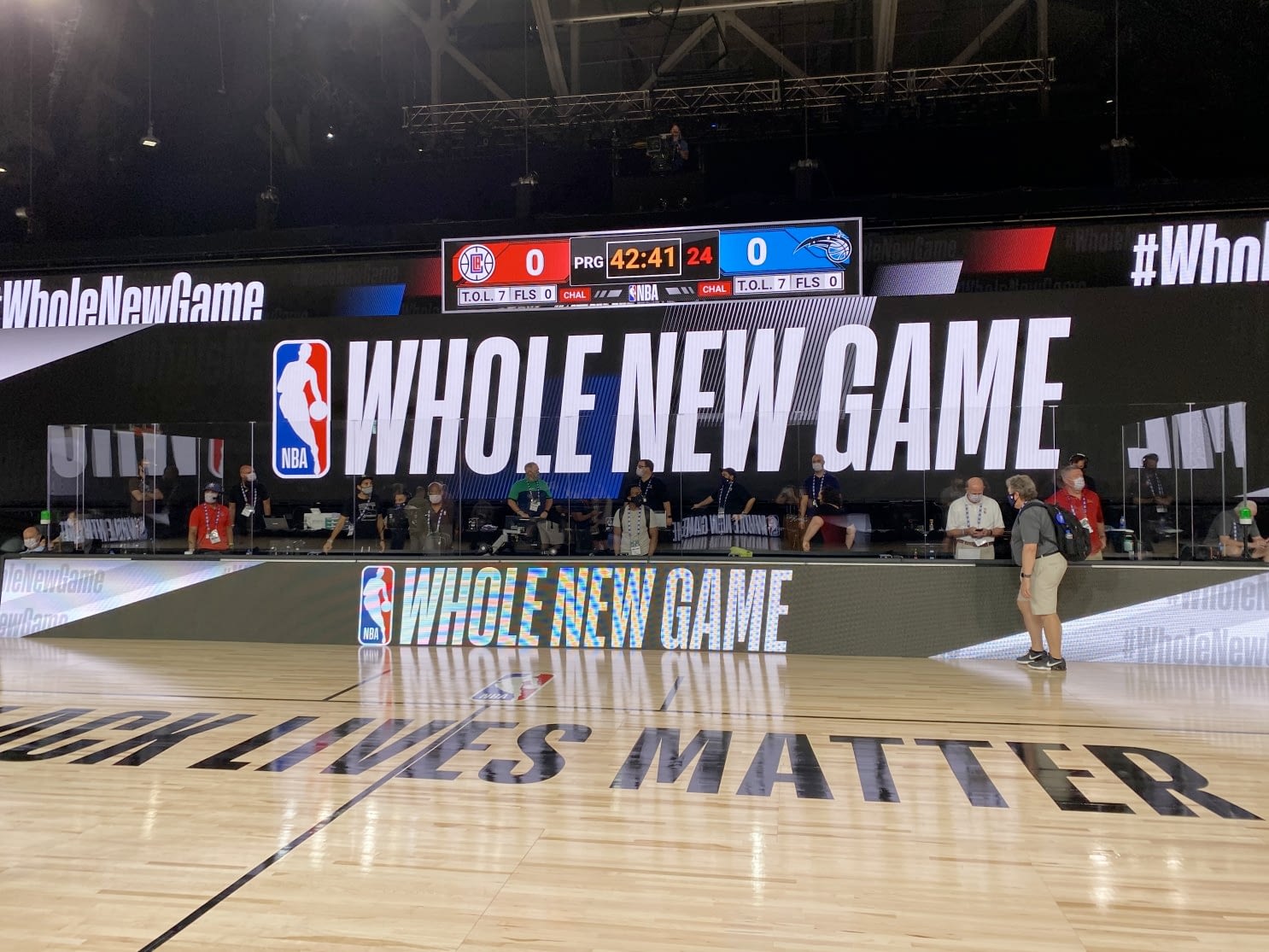 I don’t think any of us could’ve predicted the type of atmosphere that we’ve seen in the bubble.  From artificial crowd noises to real virtual fans, we’re seeing the evolution of sports right before our eyes.  Whether it seems like home court advantage or not, having distracting fans and loud sounds are sure to throw off even the surest of shooters.  This just shows the NBA’s commitment to fairness in competition and their fans.  I love it.

You can sign up to attend a game virtually, and FanBuzz does a great job at explaining the process here.