Whew!  If you were an NBA fan before the suspension, your fandom was verified during these first two weeks in the Bubble.  All of the games, atmosphere, competition and content produced in Orlando has been something that we’ll be able to remember for quite some time.  Although this is something completely new, it doesn’t feel like it.  It feels like we’re supposed to be doing exactly what we’re doing.  The NBA Restart has also taught us a few things…let’s get into those lessons right now.

1. Damian Lillard is not here to fool around 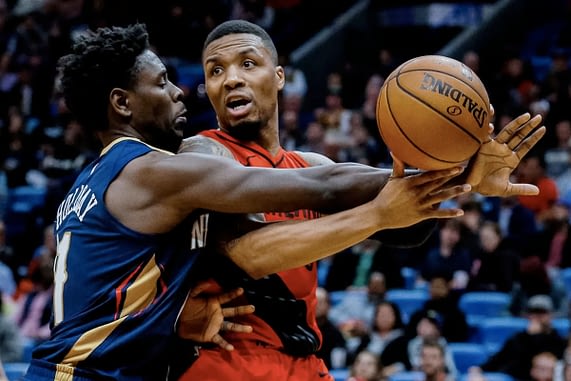 When Dame DOLLA said he wasn’t going to play in the Restart if the Trailblazers didn’t have a chance to make the playoffs, he meant it.  Prior to the play in game against Memphis, Lillard had averaged 37.6 points to go along with 9.6 assists.  With the return of Jusuf Nurkic and Zach Collins, Lillard’s high level of play in Orlando has made Portland a force to be reckoned with.

After a few games with high totals like the 51 against Philadelphia and 61 against Dallas, Damian Lillard has drawn comparisons to Allen Iverson and Steph Curry (who recently swept Lillard in the playoffs last year).  Nonetheless, we can see that Lillard’s recent play has garnered him some massive respect by supporters as well as haters (i.e. Paul George and Patrick Beverly).  Although the odds won’t be stacked in Portland’s favor, the first round match-up with the Lakers will be a sight to see.

2. The NBA is incredible

We’ve said it before, and we’ll say it again — the NBA is the best league in the world.  To take something completely unprecedented (sports during COVID-19) and turn it into a seemingly normal occurrence is amazing.  The fact that they’ve kept players safe, iterated their process with the crowd and arena sounds, and influenced a competitive environment (unless you’re the Lakers) was enough for me.  Yet the league has done so much more for fans and the entire world.

Pushing for social justice isn’t a new thing for the NBA; but since the death of George Floyd in Minneapolis, much of the world has been at unrest and the league has responded.  The courts are outfitted with the words “Black Lives Matter,” coaches wear pins in support of social justice, and kneeling for the National Anthem is encouraged.  If we’re totally free or at least free within our rights, we have a right to act within those rights.  Players have also been allowed to have guests in the Bubble, which is generous of the league.  The NBA has everything under control.

3. The Larry O’Brien Trophy is completely up for grabs

This may just be the most important lesson that the Bubble has taught us.  Prior to the suspension, one could assume that the Lakers would face off against the Bucks in the Finals…definitely.  But now that we’ve been able to see the players that teams have brought to the bubble and which teams are playing well, it’s very unclear what will actually happen by the end of the playoffs.  LeBron and the Lakers haven’t looked particularly good so far.  And with Giannis’ new found anger management issues, there’s no telling what his availability will be moving forward.

We can look at all of these things and realize that this season’s champion will be solely based on the team that is playing the best basketball right now.  With no true home court advantage, the squad with the hottest hand and the most favorable match-ups over time should be able to come out on top.

We’re just as excited to watch this season’s playoffs as we’ve been at the beginning of any other playoffs.  Let’s get it. 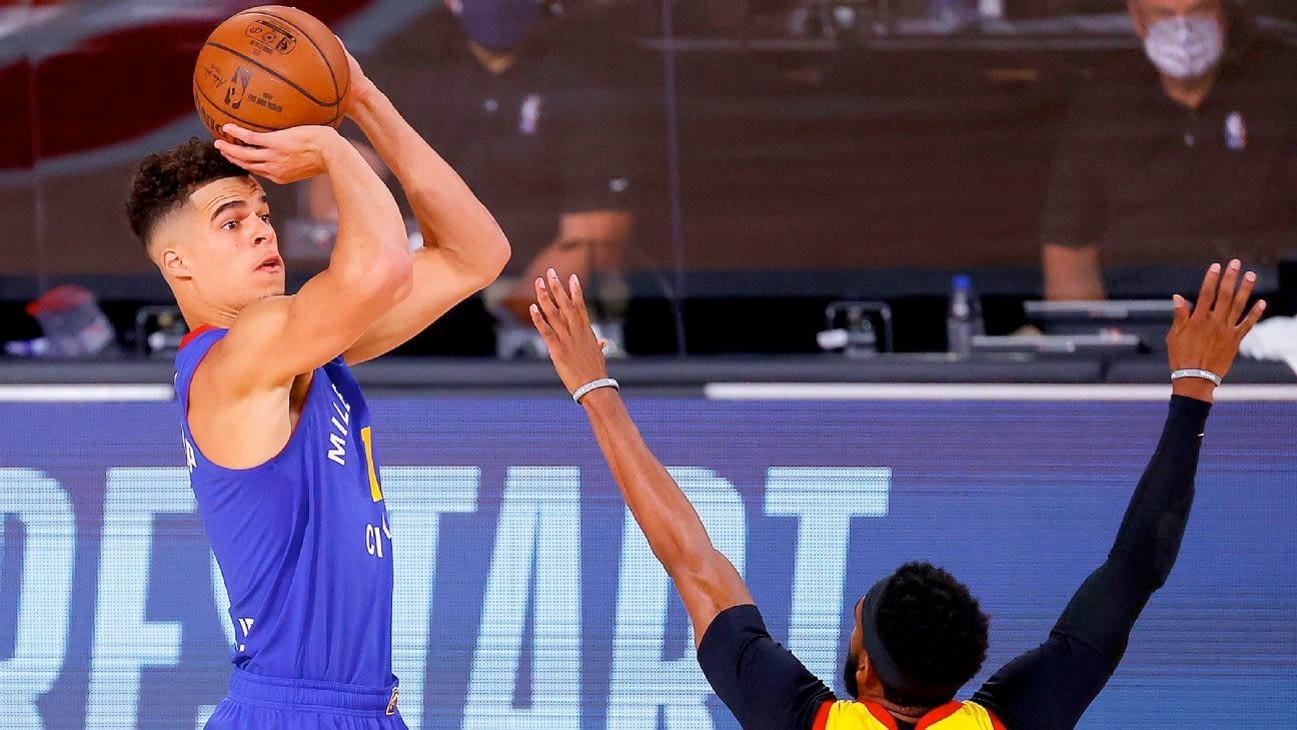 When the Nuggets draft Michael Porter two seasons ago, we knew they were on to something.  But when those same Nuggets drafted Bol Bol this past off-season, we REALLY knew they were on to something.  I mean let’s be honest here, these two players are exactly what we all expected, but just never really had the confidence to talk about.  Two players who have massive potential, but suffered from injuries in their one and only season in college.

During the Restart, we’ve seen Porter, Jr. score 30+ points in two games, while Bol was seen absolutely destroying teams during scrimmage games.  The sky’s the limit for these two young players, and I pray they both have long and fruitful careers.  Even in Denver doesn’t have a long term outlook for these future stars, huge value should be waiting for them in the market when the time comes.

5. Anything is possible, Phoenix Suns edition

Big ups to Devin Booker, who averaged 30.5 points in Orlando and absolutely deserves to be on the All-Bubble First Team.  We should also recognize Monty Williams, DeAndre Ayton, Ricky Rubio, Mikal Bridges, Cameron Johnson, Cameron Payne, Dario Saric, and the entire Suns organization for what they put on display for us over the past two weeks.  Kevin Garnett was right.  Anything is possible.

As the NBA Playoffs begin; we’ll look to see more big games, hot streaks, social justice, and incredible moments.  With Adam Silver manning the ship, there’s nothing out of reach that we can’t come to expect.